It is no secret that my favorite distro for Linux after much trial and error, landed on Arch Linux.

I found I prefer the rolling release model vs major version upgrades and the AUR (Arch User Repository) is incredible for finding and installing packages. That being said, it's biggest win is the Arch Wiki. I find however, that no matter how often that is repeated in the Arch circles, you still find forums full of solutions that the Arch Wiki covers better, or even conflict the Wiki.

Running i3 Desktop with WSL on Windows 10

While all my personal systems are exclusively running Linux, as is the nature of working in most IT Support roles, the base of my shared company workstation in the office is Windows 10.

After a bunch of article reading, research and testing, this is a quick summary of what I use to have what has worked for me as a fully functioning i3 graphical desktop, running via WSL (Windows Subsystem for Linux) on a functioning X-Server. For me at least, I've found it works much better than when I tried to have a VM running on the workstation, as it's far from new or high performance.

I won't re-hash instructions that are widely available for getting the base WSL system installed and running, as it's pretty straight forward to get WSL feature enabled, and then go through the process to in my case, setup the Ubuntu WSL version straight from the Windows Store.

Once you have that up and running, so that you can get to your basic WSL command prompt...

As I have continued my expansion into self-hosting as well as the fediverse, the one challenge I still had was image posting and sharing in an easy and clean looking way. For images on websites like this, especially from a mobile device, FTP uploading has just been inconvenient and disrupts the focused writing activity.

I had already dabbled a bit in Pixelfed, by joining Pixelfed.Social when it was still open for registration. This let me test the functionality for a service similar to Instagram or Imgr, but without ads or tracking. The final leap was setting it up self-hosted so that I could fully own that image data.

On my Arch VPS that I host on Vultr, I had already tried in previous weeks to direct install Pixelfed. Unfortunately, likely because of other self-hosted apps or packages in place, it was a struggle and I just could not get Pixelfed fully operational. In steps Docker, and the article here that inspired this updated version with what I had to do differently, as well as more details on the Nginx reverse proxy portion.

ARM Systems and the 2019 Pinebook Pro 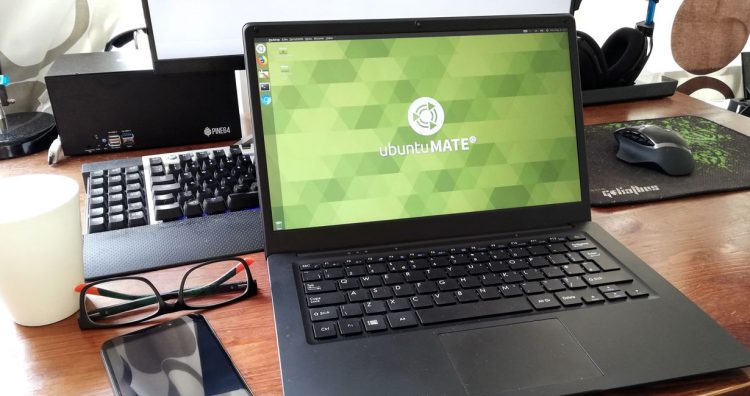 Over the last year, I'm progressively been keeping a closer eye on ARM-based systems as they're growing in power and usability. I currently have a retro game system based on a Raspberry Pi 3B+, and it's already a great system.

As we're getting into 2020, I'm seeing a lot more articles and posts of the Pi4, at least the 4GB model, making a decent basic workstation and office computer. This is assuming that use case is similar to that of a Chromebook, focused on web and terminal type software. Along the same vein is a system like the Pinebook Pro, which has been getting a fair amount of attention for making the right decisions for a budget system that does not feel budget. I was prompted to post this tonight because I really enjoyed this longer Vice article on the Pinebook Pro and its market in general:

This $200 Laptop Is Like a Chromebook You Can Hack

Currently, getting your hands on a Pinebook Pro at its original price point is challenging. The Pinebook Pro has been popular and not mass-produced, with even lower production volumes for the ISO North American keyboard variant. Knowing that, unless a new batch comes in soon, I'll likely acquire either a Raspberry Pi4 or a Pine64 – ROCKPro64 for a small home workstation and tinker box for Arch Linux and i3wm.

When I do acquire something, I will definitely write about any projects I plan, such as a Plex media server, maybe a small in-home Minecraft box, not to mention a NAS system at some point!

Nothing much, but I was browsing some of the themes posted up at Write.As Themes, and after trying and tweaking a few, found I liked this Aris theme the best. The only tweaks I did to it from the default were to reduce some font sizes a bit, as they were a little large for my taste.

In this code block:

The original font-size values were 1.3rem and 1.4rem respectively, which was just a bit too close to the title/header size for my liking, so after trying a few settings, I settled on 1.0rem for both.

Among the #self-hosted projects that I run just for my own usage, I have a VPS server running Arch Linux. (Yes, I'm running an Arch server, instead of Ubuntu/Debian)

My writing here is mostly focused on technology and gaming in all aspects. Being a general geek into all sorts of subjects and thought, sometimes an idea just sticks in your head and needs to be written.

I don't know the genesis of the idea forming in my head, probably watching sci-fi shows too late, but my mind starting musing on the concept of time. Specifically, how we measure it, account for it, and place meaning on it despite a limited view of it.

When I first really transitioned into the Linux world from Windows, I started with Ubuntu. That is a very common introductory point for many, or was, and from there I was an aggressive distro-hopper. I shifted through the Kubuntu's and Xubuntu's of the day, into ArchLabs on one laptop. At some point about two years ago took a stop at elementary OS in it's 0.4 version (just one version before 5, they dropped the decimals).

Why couldn't I just be fine with Nano and Sublime Text? I guess I can't help but be curious!

Up until a few days ago, my previous experience with VIM was limited. I've been using Linux heavily for years now, and it was just an annoyance. In the past my only exposure to VIM was AUR install scripts or source builds that forced me to check build files via VIM. What that really meant was it was that annoying text program, that I had no clue how to quit when it suddenly was on my screen! :w to save, and :q to quit, but not if your in insert mode...what?

I have continued to play Elder Scrolls: Blades, mainly on my iPhone for the past month in bursts. Overall, it is still holding up, although obviously it is not remotely like a full Elder Scrolls PC game.

I found I had very little trouble through the single digits and into the teen levels. The occasional level had some minor grind spots for difficulty, but nothing too bad. The early 20's levels however, started off pretty rough. Granted, this was in part because around level 19, I chose to re-spec skills towards light weapons and magic. Learning curve with magic converting to it later in the game was a bit harder, so more enemies beat me around.

The real sweet spot from my current play came around level 23-24, when most of this gear combo below came together.